Talks and seminars by William Tobin relating to Léon Foucault. 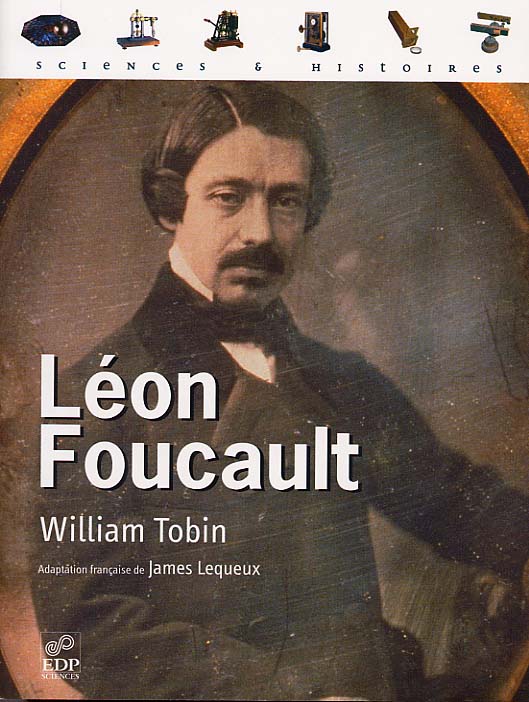 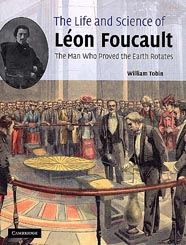 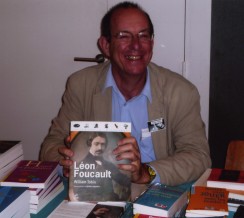 Jean Bernard Léon Foucault was the French physicist who in 1851 set up an enormous pendulum in the Panthéon in Paris. The slow clockwise veering of the swing-plane of the bob demonstrated that the Earth was slowly turning anticlockwise below. In 1851 no one doubted that the Earth was spinning on its axis, but this first dynamical proof of the fact ended a quest that had begun in Galileo's time, over two centuries earlier. It established Foucault's fame then and subsequently. However, this was by no means his only significant contribution to 19th-century science. Others were:

This project, partly funded by New Zealand's Marsden Fund for curiosity-driven research, has produced a scientific and personal biography of Foucault which is as complete as possible within the limits of a book of readable length. Additional topics include Foucault's contribution to photography, his work as a journalist, and his search for fortune through mechanical regulators. The book is heavily illustrated, including 8 pages of colour plates.

The biography caters for three distinct readerships. The main text is accessible to the general reader with some scientific background---readers for whom terms such as velocity and mass do not need definition, but who may well have forgotten the exact definition of `sine.' Appendices provide maps, lists of Foucault's instruments in museums, and a sample of Foucault's writing. For readers with greater technical experience, a final appendix discusses the challenges involved in making a Foucault pendulum that is safe and which really does indicate the rotation of the Earth. (Many purported Foucault pendulums do not.) The book finishes with endnotes and citations to satisfy researchers in the history of science, and an index.

The English version, The Life and Science of Léon Foucault. The Man who Proved the Earth Rotates was published by Cambridge University Press in October 2003 and sold out in 2008. However on-line booksellers may still have copies in stock, while copies at greatly increased price have been advertised by second-hand booksellers.

Talks and seminars by William Tobin relating to Léon Foucault.

Some details of Foucault's work have been published elsewhere. See:

Some of the challenges involved in building a Foucault pendulum are outlined in Tobin & Pippard (1994) and Tobin (1996), and references therein. For a particularly nice treatment, see:

The Paris Observatory held a major exhibition on Foucault in 2002.

Hundreds of sites make reference to Foucault pendulums established around the world and can be found with a search engine. Notable sites include:

A Foucault pendulum at a pole is often used in explanations of the veering law, and now three people have built one! The authors deserve full admiration for their tenacity, courage and initiative. They are to be encouraged to build a better pendulum next time they are on the ice in order to produce a result that is unquestionably a reflection of the Earth's rotation and not the numerous perturbations to which the Foucault pendulum is subject.

william @ bitbucket.tobin.fr (Edit out "bitbucket." and spaces which have been added to fool web crawlers)