Puchased from the flea market in Saint Ouen in 2006. Newtonian optical arrangement, alt-azimuth mounting. The mirror has a diameter of approximately 100 mm, with 93 mm exposed in the cell, which is inscribed with the maker's name and serial number 13. From the article in Les Mondes (see below) and the low serial number, I judge that telescope dates from the late 1860s. 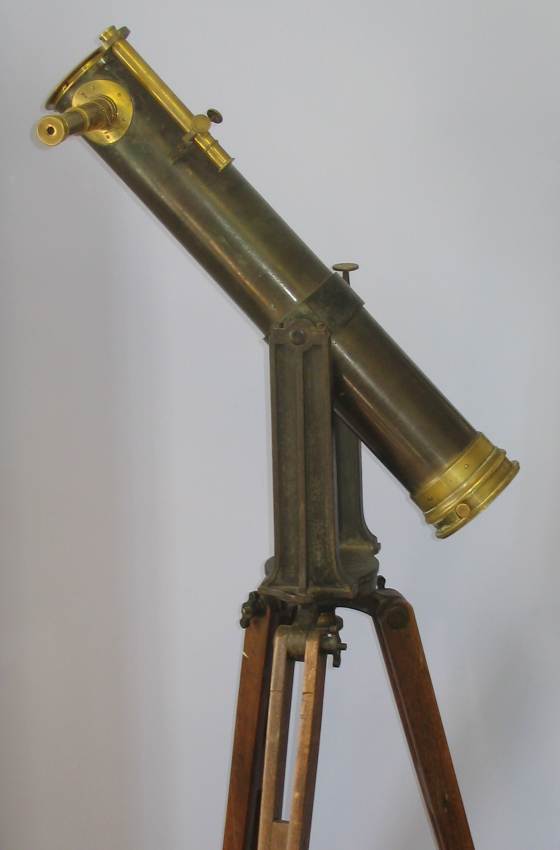 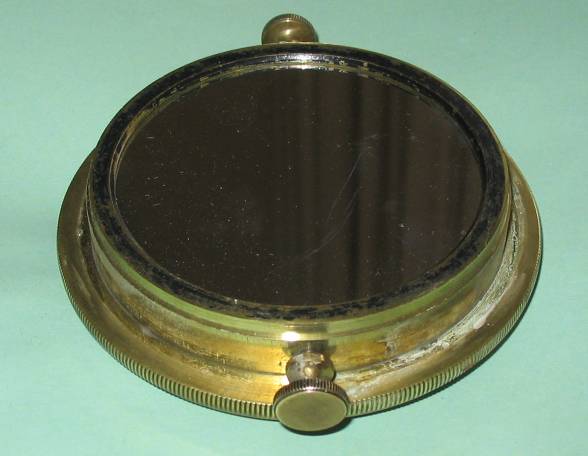 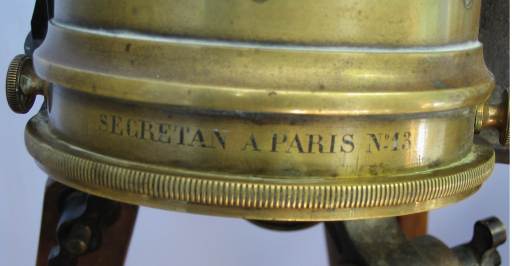 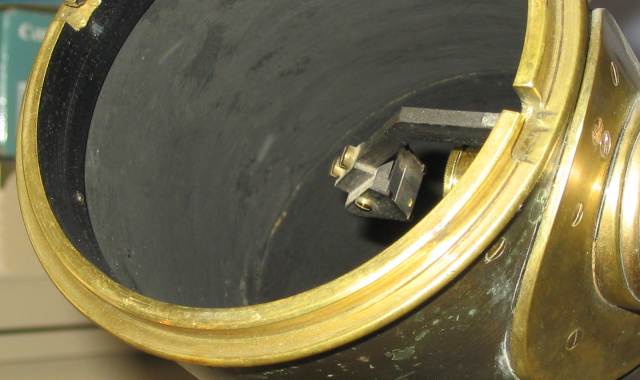 Note from Les Mondes dated 1865 October 19 announcing the sale of this new form of silvered-glass reflecting telescope [PDF, 200 kbyte]. As late as 1900, this form of telescope remained in Pellin’s catalogue  (see page 23).

The Prytanée nationale militaire de La Flèche holds a telescope of this form, while the University of Athens’ Museum of Science & Technology preserves what looks to be a similar telescope, though the pillars are different. The sculpture representing astronomy flanking the gates of Nice Observatory holds a similar telescope tube (but in stone, of course).

The earlier form of Foucault-Secretan reflecting telescope was mounted in a square wooden tube with a guarantee of authenticity signed by Foucault, as illustrated below and in Fig. 12.24 and Plate XVI of the English version of my book (Fig 13.21 and Planche 14 for the French version). 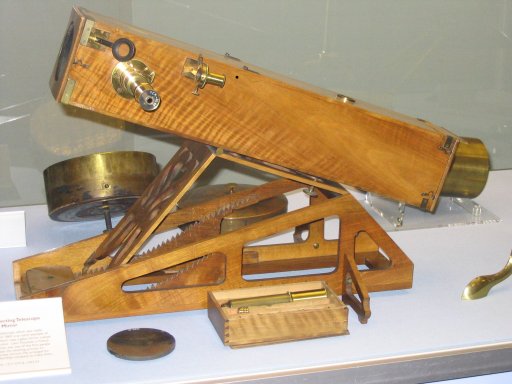 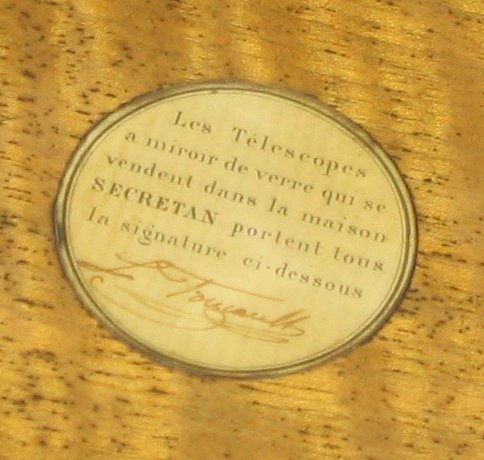 For an intermediate form, see my note about Foucault instruments at the Lycée Louis le Grand.

A larger, equatorially-mounted Foucault-Secretan telescope was sold on eBay in December 2006. Its serial number is No. 18, and was claimed to date from 1866 and to have belonged to José Pedro Varela, President of Uruguay. A similar-looking 20-cm diameter telescope is held by observatory at Coimbra. It was acquired in 1874 and has serial number 67.

I should be pleased to learn of the existence of other Foucault-Secretan reflecting telescopes, and their serial numbers.

william @ bitbucket.tobin.fr (Edit out spaces and "bitbucket.", which have been added to fool web crawlers.)